"I am very pleased to provide a copy of the Airlie House Symposium on the Treatment of Diabetic Retinopathy, held at the Airlie House Conference Center in Warrenton, Virginia, from September 29-October 1, 1968. It was sponsored by the United States Public Health Service.

The Symposium was the first to utilize the combined skills and experience of the world’s specialists in diabetic retinopathy, to summarize and evaluate knowledge on classification, natural history, visual prognosis, metabolic control, pituitary ablation, and the relatively new technique of photocoagulation.

The editors, Morton F. Goldberg, MD and Stuart Fine, MD were then serving two years of active duty in the United States Public Health Service, and recognized that current treatments for diabetic retinopathy were neither validated nor standardized. With the advice of an expert Steering Committee (Matthew D. Davis, MD (ophthalmology/retina) , Robert Bradley, MD (internal medicine) , Edward Okun, MD (ophthalmology/retina), and William Sweet, MD (neuro-surgery)), they convened over 50 specialists from throughout North America and Europe for frank and productive discussions. These discussions were recorded, and the verbatim transcripts were edited and re-written by Drs. Fine and Goldberg for inclusion in the published book, which totaled over 900 pages.  Written chapters, which had been submitted by participants in advance for discussion at the symposium, were included in the book, along with voluminous clinical data. The cost for the book was $6.00.

The Symposium quickly led to the writing and implementation of a new standardized classification of diabetic retinopathy, and then to the first major, collaborative, prospective clinical trial in ophthalmology, the Diabetic Retinopathy Study (the “DRS”), and to many subsequent clinical trials as well. The techniques and results of pituitary ablation, which had been a popular, though disabling, treatment for diabetic retinopathy, were found to be wanting, and this approach was therefore largely abandoned. Laser photocoagulation, however, became the standardized and popularized therapeutic technique. This was a major revolution in the care of patients with proliferative diabetic retinopathy, which, all too often, had previously led to irreversible blindness." 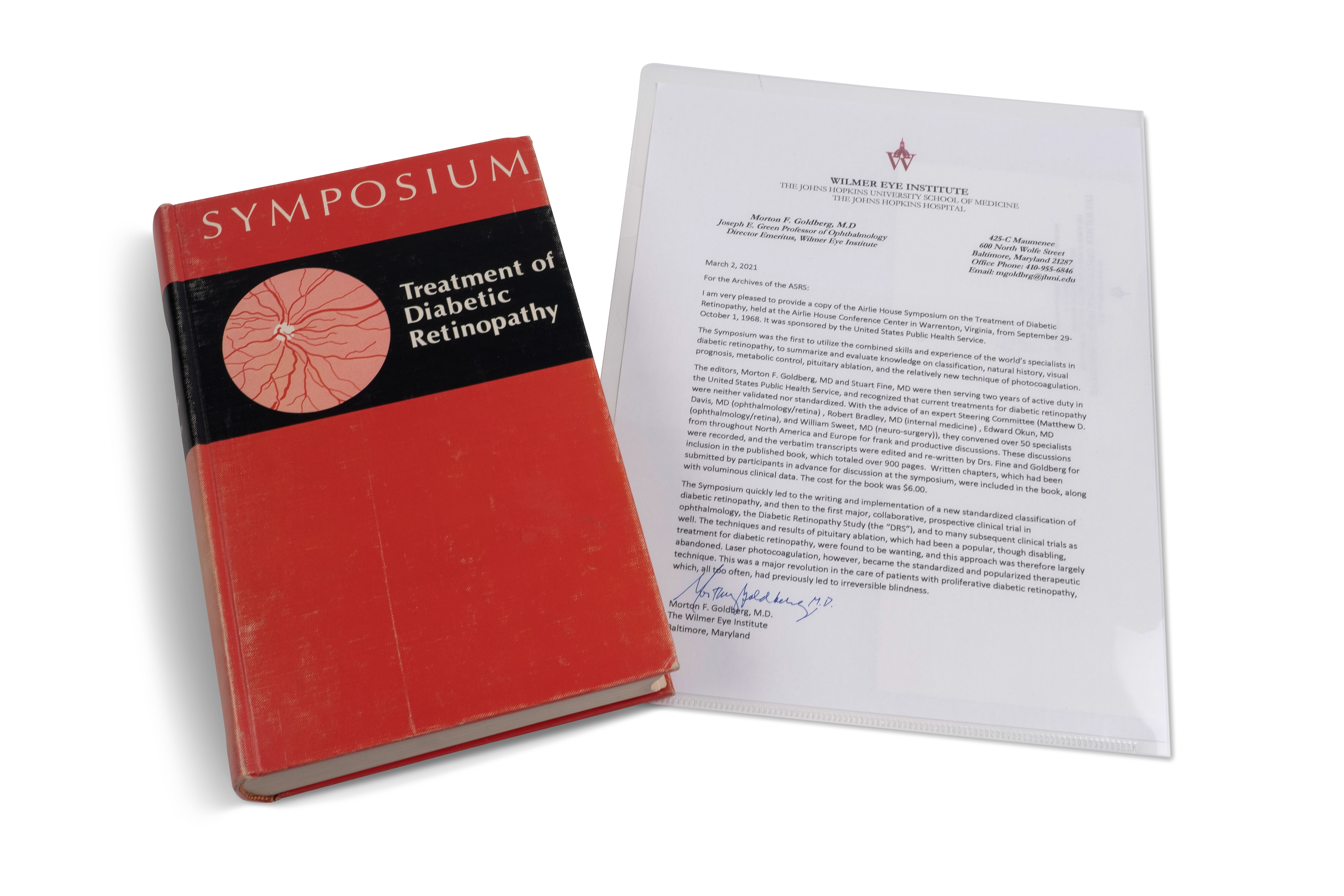