The Yannuzzi Lens was introduced in the period when only laser photocoagulation was available to treat choroidal neovascularization. The lens was designed with a flange to compress the globe and raise the intraocular pressure while maintaining a clear view of the posterior fundus. The elevation of the pressure slowed or interrupted the flow of the choroidal perfusion, reducing the likelihood of bleeding at the time of treatment.  It was found to be useful in treating neovascularization in eyes with pathologic myopia and pseudoxanthoma elasticum with atrophic areas exposing choroidal vessels to the beam of laser light. This device is not as useful in this era of pharmacotherapeutics for neogenesis. 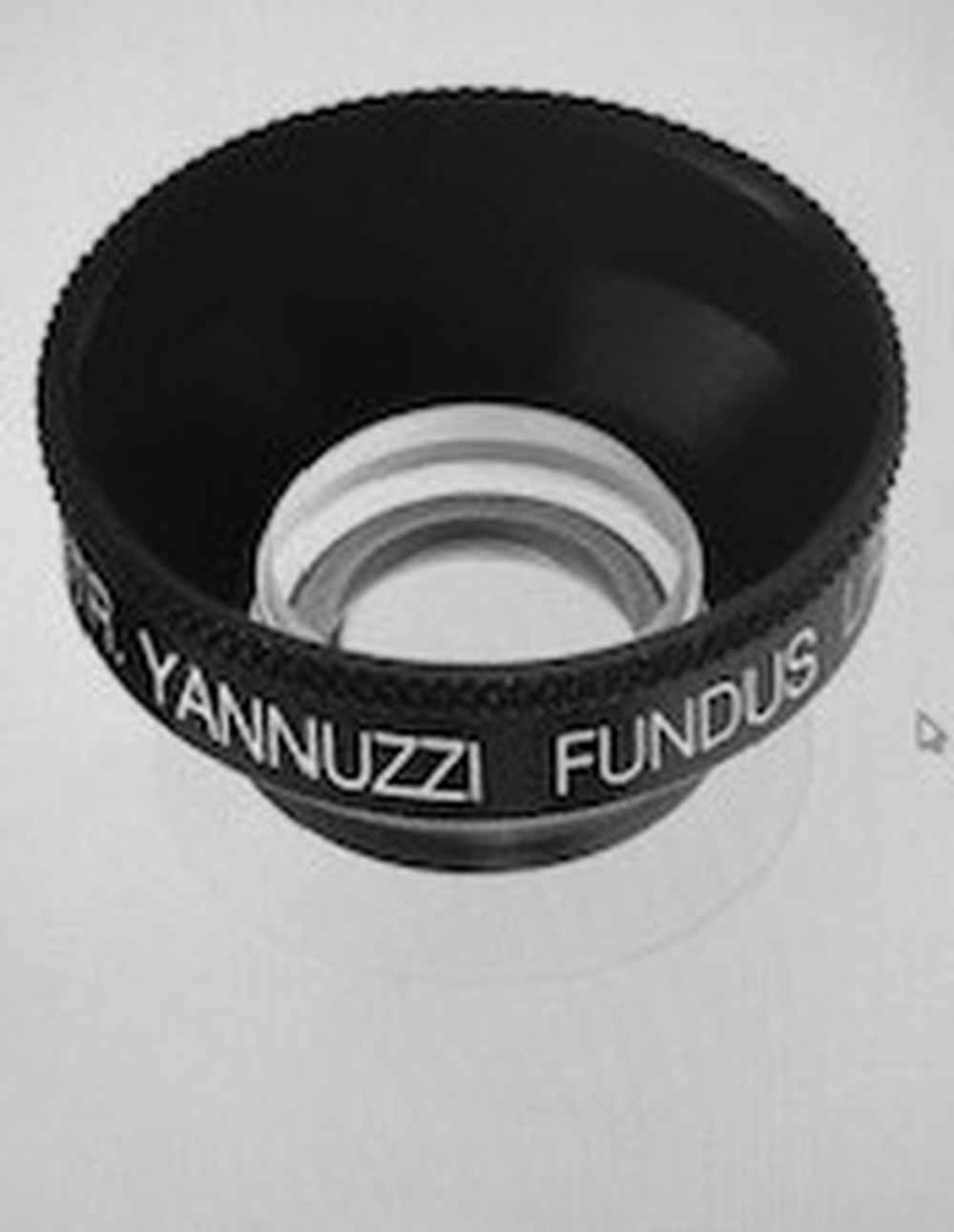