This VISC-VII belonged to Dr. Helmut Buettner, MD, and was given to Jean-Marie Parel, IngETS-G, PhD, FAIMBE, FARVO, by his widow Heide Buettner.

Dr. Parel recalls, “Helmut was a collaborator of Robert Machemer, MD, and helped me with ex vivo and in vivo testing of vitreous surgical instruments. He assisted Robert in all patient surgeries starting in mid-March of 1970 with the VISC-1, which I built with Ljubomir Pericic at the Melbourne University Department of Ophthalmology in 1969.”  We built 5 improved prototypes (VISC II to VISC VI) and tested them in donor eyes and live rabbits. We conceived of the VISC-VII in December 1972 and built it in the spring of 1973.”

“The VISC 1 to 6 prototypes had a body machined of stainless steel and were heavy, too cumbersome and their delicate tip was welded hence they didn't last long in the OR. The VISC VII tips could be exchanged in less than a minute and its body was molded in plastic but was only ETO gas sterilizable. Molding reduced weight and sped-up production. We made over 25 of these at Bascom Palmer Eye Institute (BPEI). Our chairman Edward Norton, MD, donated about 20 to clinicians across the US, as well as 1 in Germany and 1 in Japan. He invited these surgeons in Miami to learn the pars plana vitrectomy technique from Robert Machemer, MD, and each left with their own VISC V! The most prominent surgeon was President’ Regan’s surgeon.” 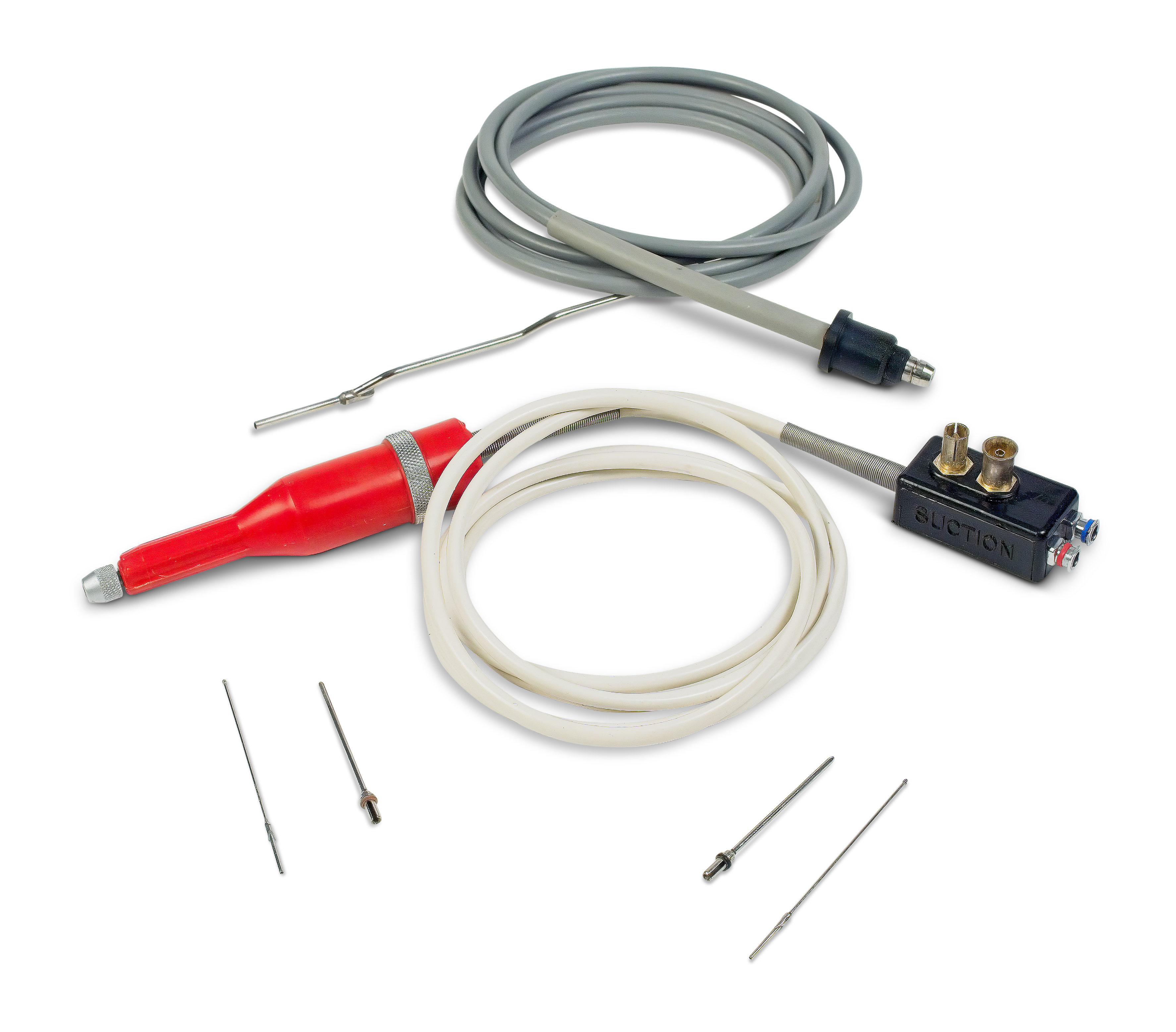