VISC X dating back to 1975. The instrument belonged to John G. Clarkson, MD, who served as chairman of Bascom Palmer Eye Institute from 1991 to 1995 and then as dean of the Miller School of Medicine of the University of Miami from 1995 to 2006, before stepping down to become the executive director of the American Board of Ophthalmology.

Jean-Marie Parel, IngETS-G, PhD, FAIMBE, FARVO, the innovator behind the VISC design recalls, “The VISC X added advantages. We could autoclave the instrument that allowed fast turnaround. Also, we could add color in the plastic powder before molding. By 1975, there were several vitreoretinal surgeons at Bascom Palmer Eye Institute (BPEI) with their own instruments, each having a different color so the OR nurses knew to whom each belonged. We made a baby blue for the 1st woman doing vitrectomy, Dr. George Blankenship's was dark blue, Dr. Clarkson’s was white, we also made light yellow, green, brown and grey. The VISC-X also had very improved cutting tips and allowed endodiathermy.” 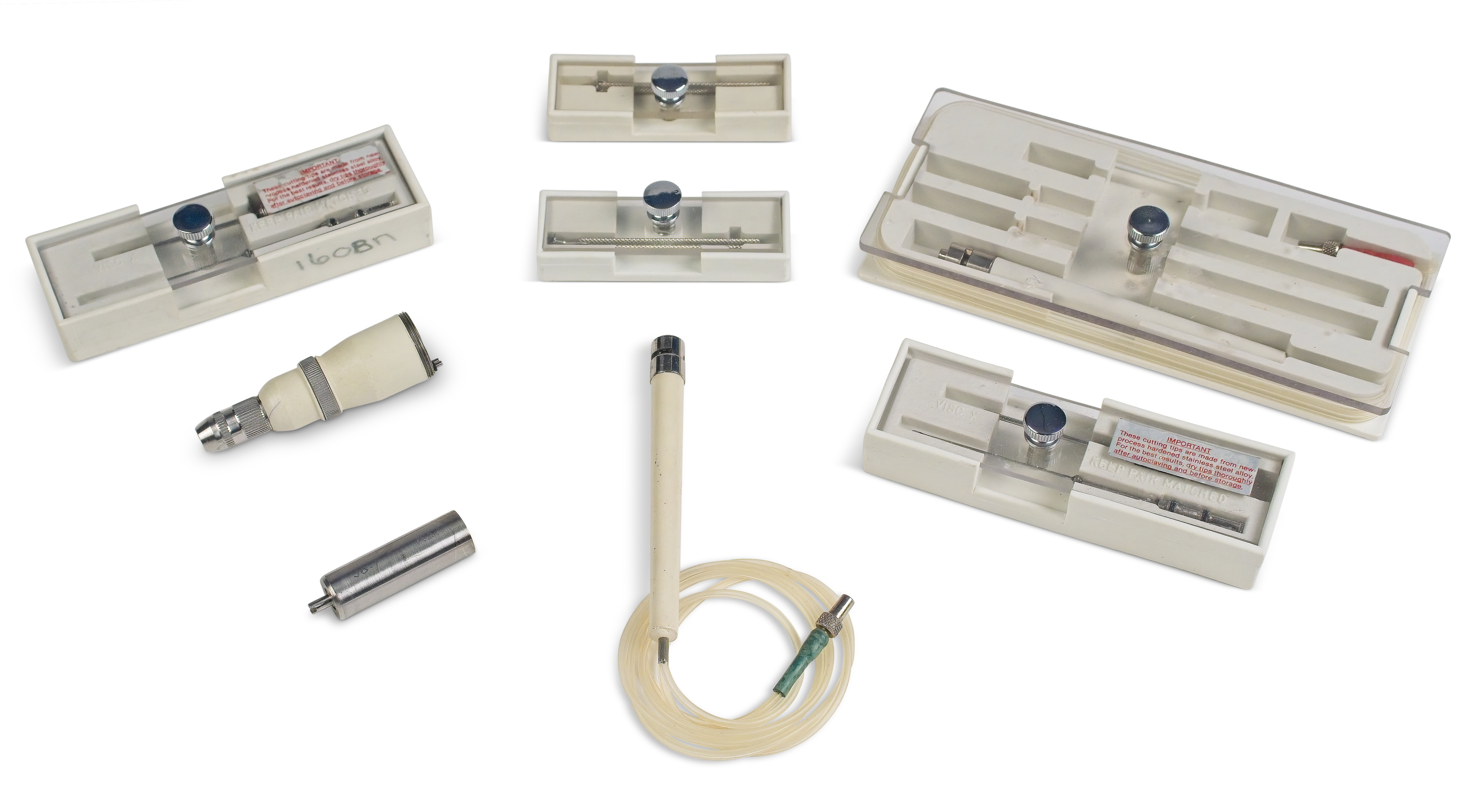